Available on all plans

You can start a playbook run using the Toggle Playbook List icon in a channel header. Then, select the Run icon next to a playbook name. You will be assigned as the run owner, and taken to a new channel created for your run.

Lastly, if you’ve configured a broadcast channel and enabled it, when the playbook run is created it’s announced in the associated channel by the Playbook Bot. 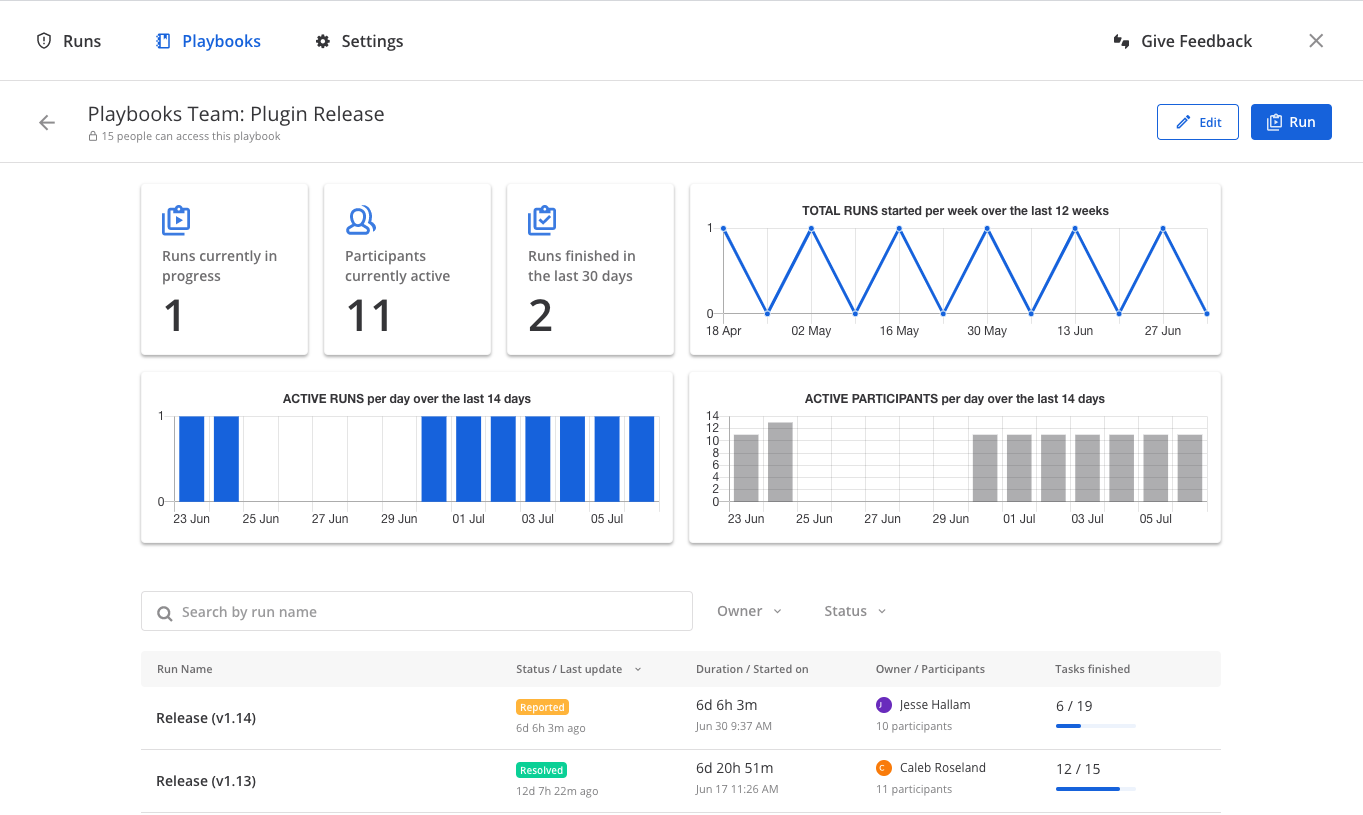 Open Playbooks to see a list of runs, to which you have access. If the channel is public, you can join it without permission.

If the run is private, an existing member must invite you to the corresponding channel.

Checklists contain tasks - they can be pre-configured task templates and they can also be added, edited, and removed as needed during an active run. Any member of the playbook run can work with tasks. Note that if you edit, add, or delete a task during an active run it applies only to that run. The change isn’t applied to the playbook. If you decide to retain that change, edit the playbook’s checklist for use with subsequent runs.

If you aren’t able to open the checklists to see completed tasks, hover over any area of the checklist. Then in the top right corner, select the filter icon. Under the Task State section, select Show checked tasks.

To change playbook owners you can run the /playbook owner @username slash command from within the run’s channel. To change the owner to a user who is not in the channel, first add the user to the channel.

The most recent status post will also appear in the right-hand sidebar of the run channel. To correct or remove a status post, edit or delete the post as needed. Note that status updates that are broadcast to another channel won’t be updated or removed if the original post is edited or deleted.

To end a playbook run, navigate to the run’s channel.