The transport between the Application servers is not used by default and requires additional setup steps. Enhancing the core product to include automatic

encryption between cluster nodes is in progress and planned for a later release. 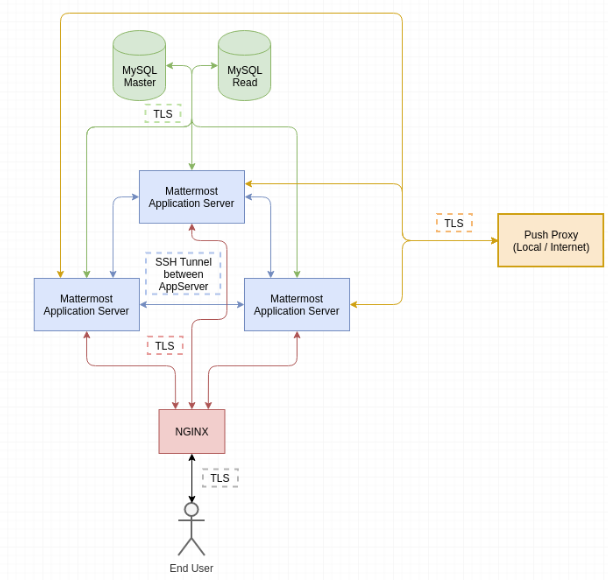 The configuration guides are split up into the following documents:

×
Join us for the Mattermost Desktop App Contributor Event!