Using image proxies means that users make only secure requests. By allowing image requests to go straight to third-party servers, tracking pixels is allowed. Users can put invisible images in posts that logs time and location data for every user that views the post. An image proxy protects user privacy by eliminating this direct interaction with third-party servers.

Proxy servers also provide a layer of caching, and can be made faster and more reliable than third-party sites. This caching also helps preserve posts by protecting them from dead images.

When enabled, the image proxy needs to be publicly accessible to both the Mattermost client and server.

You may alternatively use atmos/camo http proxy to route images through SSL:

With the local image proxy enabled, requests for images hosted on the local network are now affected by the AllowUntrustedInternalConnections setting. See documentation for more information or if you are seeing unintentionally blocked images.

This guide gives an example of how to set up an image proxy using atmos/camo:

Deploy an atmos/camo (https://github.com/atmos/camo) instance to image-proxy.mattermost.com and update the configuration in System Console > Files > Storage in prior versions or System Console > Environment > Image Proxy in versions after 5.12. For example: 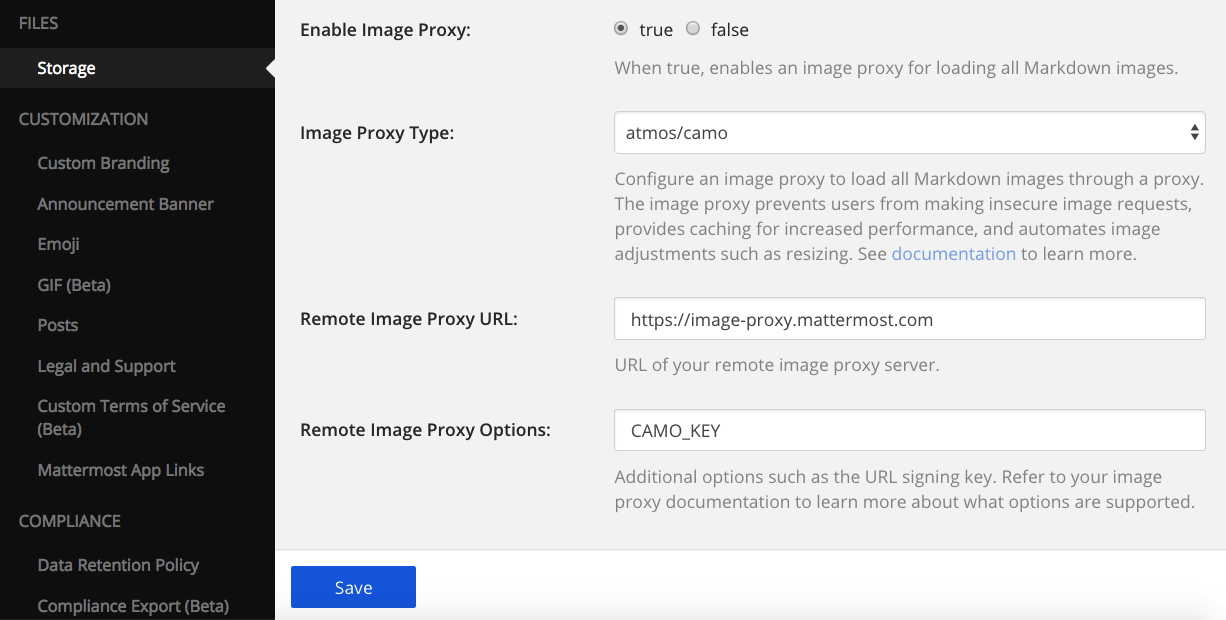 The URL will be replaced with something similar to the following (see https://github.com/atmos/camo for details):

Next, if you post a message with an image, you will get a proxied image in your post. This will ensure that every image is downloaded via HTTPS.